Want to know the top places racking up your votes so far this year?

Here's a look at the restaurants and bars that are garnering the majority of your votes so far for The Foodie Forks 2017. There are still a bunch of great places that we can't believe aren't getting the numbers; do you feel the same? All it takes is a few taps on the keyboard to show your support for the places earning your taste buds' esteem. The last day of voting is 30 April, so if your faves aren't up there, get voting! Winners will be announced at our annual Foodie Forks awards party on 22 May and revealed on our Facebook page and website on 23 May.

TokyoLima with its beautiful Nikkei cuisine and late-night izakaya vibe, premium Italian Mercato from acclaimed chef Jean-Georges Vongerichten, Frantzén's Kitchen with its carefully crafted Nordic dishes and 12,000 Francs with its innovative, Napoleon-era-inspired preservation techniques are all riding high on the list at the moment. Diners are also liking the Thai flavours that Soul Food is putting out there, and BlackSalt with its lesser-known and powerfully delicious Indian-ish cuisine has itself some serious voting groupies. The Drunken Pot, celeb chef Luke Nguyen's Moi Moi and the Cali flavours of Commissary have also impressed in this category. Wonder who will take this Foodie Fork home? 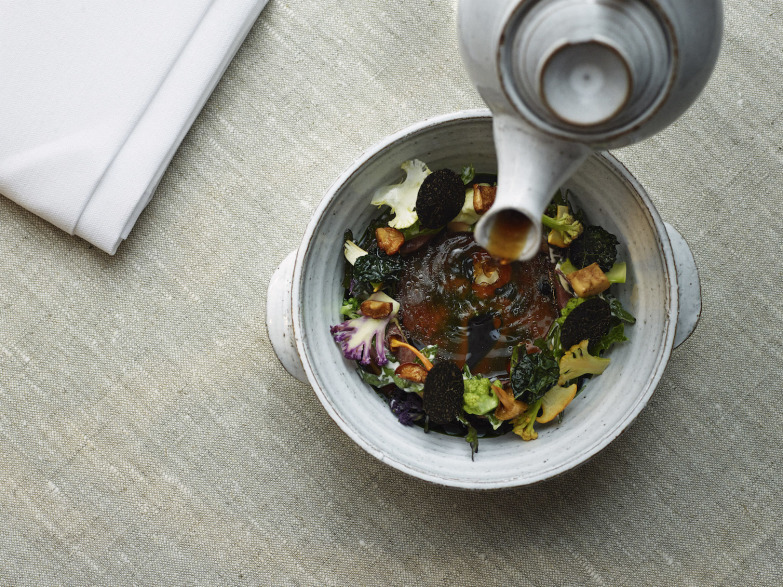 This is our special occasion dining category. When it's your mum's birthday, you're about to propose to your future foreverer or you feel like a fancy Friday, where do you go? In the voting thus far, there have been many of the usual suspects: Amber, Caprice, Duddell's, Tosca and Mott 32. There's also VEA, last year's Foodie Forks Best New Restaurant winner, and we are also getting a fair few nominations in for Carbone, Mercedes me Store, Belon, Ronin and Pirata. And even though it isn't a front runner, we still feel it's worth mentioning that a few votes have trickled in for Dan Ryan's, the restaurant that left many holes in hearts when it closed its Pacific Place branch. Clearly, the bread/mini muffin basket really does live on in people's memories.

For those with their fingers sitting directly on the pulse, the initial nominees in this category won't be too surprising. The decadent peacock decor and sultry dancers from Ophelia and designed-to-the-hilt Iron Fairies, along with the bespoke creations from J. Boroski, the vinyl playground of The Music Room at Potato Head, the hidden gin parlour Dr Fern's, Central speakeasy I Know John and the tropical flavours and stylish surroundings of Wahtiki Island Lounge, have all been topping the hot list. And although we hadn't initially thought to put it here, Happy Paradise, May Chow's new neo-Canto, is amassing votes in this category, and we think it pretty apt for its inventive tipples and neon-tastic arcade vibe. And somebody voted for Hookers, which we can only assume was meant to be Hooters. Spelling mistake aside, it wasn't even the same person who voted Dan Ryan's for Best Resto.

Chef of the Year

This can be a tricky category for diners, and we got a lot of 'the one from Little Bao' and 'the Rhoda guy', so May Chow and Nate Green are doing their jobs well and have people upping their nums; we also have the much-renowned Richard Ekkebus of Amber, Vicky Cheng of VEA, Umberto Bombana of 8 ½ Otto e Mezzo, Jaako Sorsa of FINDS, Jowett Yu of Ho Lee Fook, Vinny Lauria of Homegrown Foods, Russell Doctrove of Maximal Concepts, Arturo Melendez of TokyoLima, Anthony Burd of Mercato and Max Levy of Okra proving themselves to be the people's favourites. It should be noted that we got a great deal of votes labelled 'my wife' and 'my mum'. Hopefully you get a lot of love for your cooking outside of our nomination form as well. 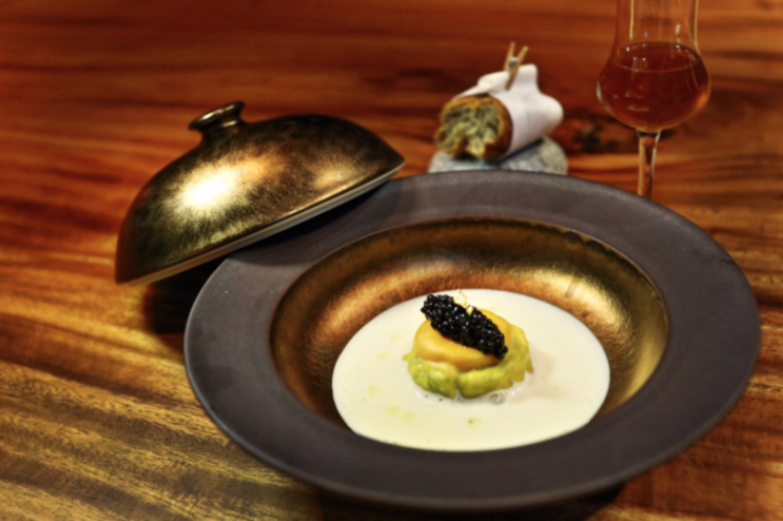 Every year, this is the category that gets the most question marks instead of answers. You'll probably not find any on this list that you didn't expect, except perhaps Double D, which is getting some votes for its sexy burgers alongside the lauded likes of Robuchon au Dôme, The Tasting Room, Jade Dragon, Bene, Golden Peacock, Antonio and Fernando's.

For an effortless dining experience, this is where Hong Kong peeps are hitting up for the goods: they're downing the Thai street food flavours at Samsen, fresh pasta from Pici, reliable Italian at 208 Duecento Otto, vibrant Mexican at Chino and Lebanese at Maison Libanaise, and they're heading to Repulse Bay for a spot of Limewood and Amalfitana. And we're pleased to see some oldies but goodies maintaining their voting numbers: British gastropub The Globe and modern Japanese stalwart Sushi Kuu. 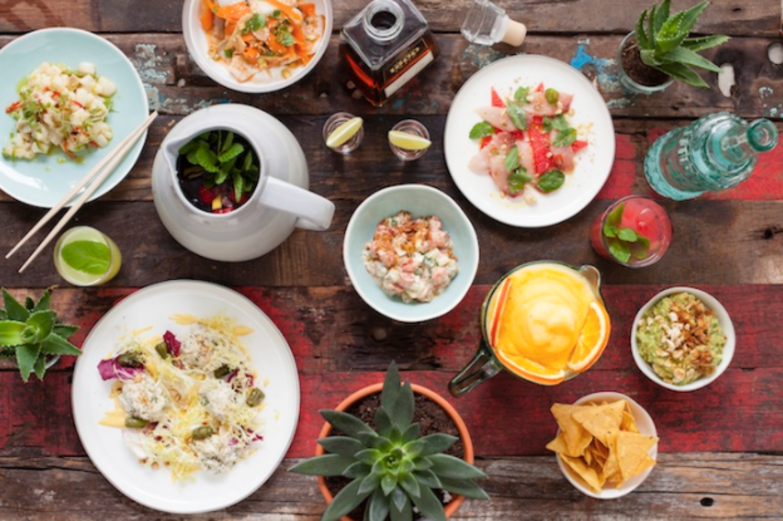 For the hip factor, the places that make you want to hang out way longer than you should, this list has some enduring cool cats at the top like Yardbird and Brickhouse. Other nominees include Missy Ho's (we nearly forgot about this swinging little gem), the sky-high stylings of CÉ LA VI, the jazzy Foxglove, the music-loving MyHouse, the sweet French Le Port Parfumé, cool concrete 65 Peel Street, vibrant Indonesian Kaum, neighbourhood sandwich bar Bread & Beast and Caribbean cool kid Rummin' Tings.

Along with the Best New Bar category, we want to know who mixes up the most memorable drinks you've ever laid your taste buds on. So far we've got: Joseph Boroski from the eponymous J. Boroski, Ryan Nightingale of Back Bar, Antonio Lai from VEA (our 2013 winner back when he was mixing things up at Quinary), Suraj Gurung (2013 Readers' Choice winner) and Ana Souza from The Pontiac leading the charge. There are many others nominated, but they need more of your votes to be true contenders in this year's mixology race.

Sweet endings, you say? We are so in. There is a complete cross section in this category, from the fancy to the one-bite wonders, starting with the elaborate desserts at Cobo House by 2am:dessertbar, pretty much anything from the The Mandarin Cake Shop, the crêpe cakes from Lady M, the fusion flavours from AnOther Sweet Place and the gluten-free goodies from The Cakery. Oddies Foodies has lots of fans, as does 'grammer fave Emack & Bolio's, who won this category last year, along with local sweet spot Cong Sao, also appearing amongst this year's nominees. L'Éclair de Génie unsurprisingly hit all the right taste buds as well as cupcakery Sift, local favourite Honeymoon Dessert, Japanese import Via Tokyo and La Maison du Chocolat. We had one voter who 'doesn't eat dessert', which cancels out any of their other choices. 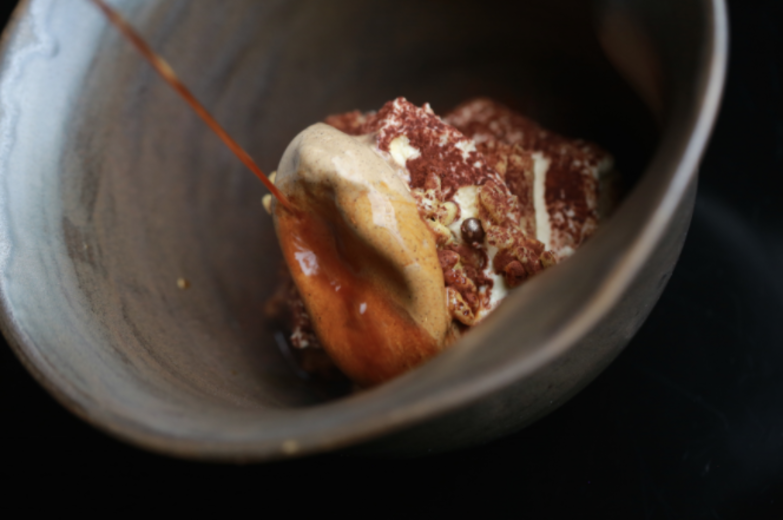 This category has an awful lot of front runners at this stage because everyone seems to have voted for a completely different café. Widespread and diverse (we imagine much of it comes down to the area in which you live or work), this one is going to be close! The ones that are rising like cream to the top are many and varied: Winstons Coffee, Elephant Grounds, The Coffee Academics, 3/3rds, The Cupping Room, Classified, Omontesando, Teakha, Fuel Espresso, HABITU caffè, Coco Espresso, MANA! Cafe, Artisan Room, Mansons Lot, Why 50, Brew Bros Coffee, Redback Coffee, Barista Jam and, sigh, Starbucks. Get voting for your haunt so that they can keep on pouring your cuppa!

This is one of the new categories this year as we want to know what restaurant you think is doing something good for the world. So far, you're rooting for MANA!, the first zero-waste restaurant in the city, responsibly sourced and refined vegetarian restaurant Grassroots Pantry, local produce advocate Posto Pubblico with their in-house-made sparkling water and long-standing metal straw policy, organic vegetarian eatery HOME – Eat to Live, passionate nose-to-tail Rhoda, small-scale artisan butcher Bones & Blades, Honbo, a new burger joint committed to local produce and beer, and organic, local and nutritious Locofama. Who do you know that should be on this list for the good they do along with the food they create? 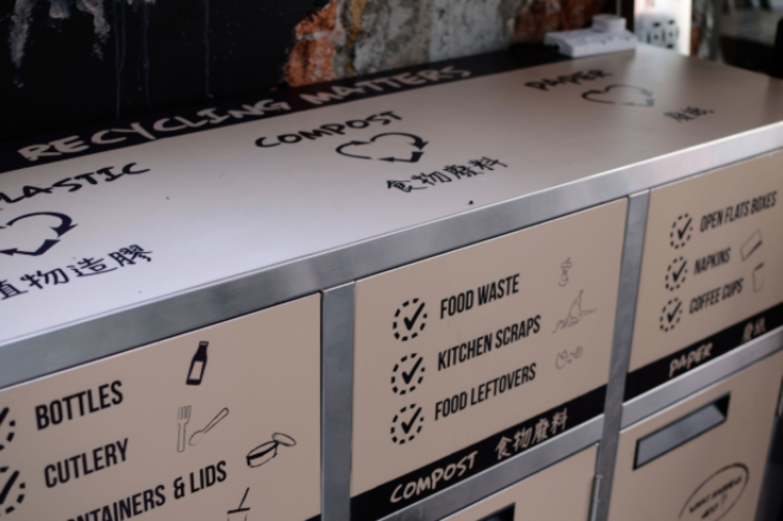 Stalwarts of the brunch scene are out in force, with Grand Hyatt's Tiffin, Zuma, Catalunya, WHISK, Oolaa, Maxim's City Hall, W Hong Kong's KITCHEN andCafé Gray Deluxe pulling in the numbers. Kaum, Mercedes me Store, Mercato, Blue, Brunch Club, Buenos Aires Polo Club, Mak Mak, CÉ LA VI, The Optimist, Carbone, Catch, The Continental, Seafood Room and Dacha are all competing for the top spot as well. We also enjoyed the voters who wrote 'my bed', of which there were several. And we will be experiencing none of them.

Best Bang for Your Buck

In a city where it's easy to spend a fortune on food, we want to reward those that actually make you smile when you see the bill. So this new category was invented to do just that. Good ol' ABC Kitchen is still doing its thing and doing it well. Other contenders include Pici, Posto Pubblico, BlackSalt, Chachawan, Edition, Chi Lin Nunnery, La Vache!, Bread & Beast, Feather & Bone and Beef & Liberty, as well as Mak's Noodle and Kwan Kee Claypot Rice (a 2013 winner in a previous category, Choicest Cheap Eats). Someone nominated McDonald's – we felt sad.

We asked you, at great expense to your own potential future queuing time, to reveal that great place you cherish that never seems to get any love. Here's what's getting props up to this point: Vibes at The Mira for its open-air awesomeness, Mostaccioli Brothers for that atmospheric little terrace and delicious Italian right in SoHo, VeggieSF, Beyrouth Bistro, Pinot Duck, BlackSalt, Mama Malouf, Harmony Village Vegetarian, The Kitchen (Mui Wo), The Sultan's Table, Cinta-J, Mangiare,Alchemy, Bijas Vegetarian, Fresco Dim Sum, Aji Yakitori, Umami Concepts and Hong Kong Cafe. We're getting loads of votes for Ronin (a gem certainly, not so sure about the secret part). Ditto for the many votes for Stockton and Mrs Pound, which are both definitely well hidden, although also quite well known. We also got a vote for the bars on Star Street as a whole, which we felt worth noting – united as one, they are pretty great and somewhat underrated. We also got one saying, 'I'm not telling you.' Fair enough. 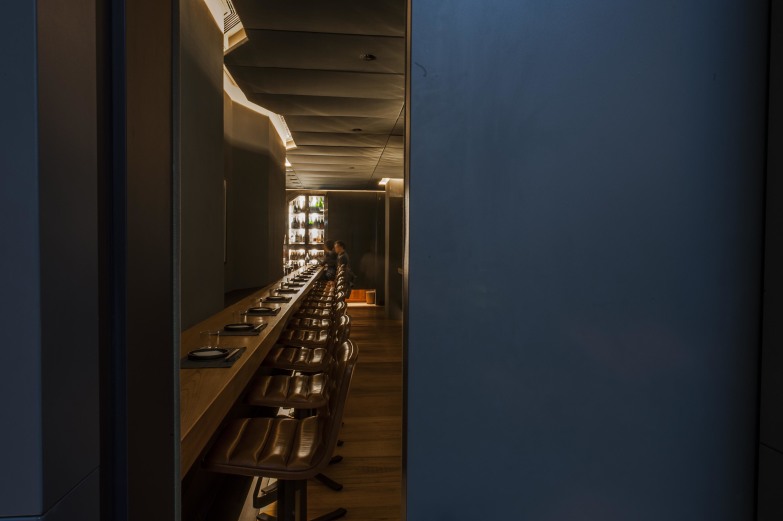 As for those inspiring individuals in the world of food, here's who's impressing you: high on the list again this year is that philanthropic soul Ming Gor of North River (Pei Ho) who endlessly distributes free rice boxes to the needy from his restaurant; Nate Green of Rhoda who is passionately committed to sourcing meat from happy animals and using every inch of them; Peggy Chan for her change making in the world of vegetarian fine dining and zero waste; Jamie Oliver with his food revolution; Shane Osborn with his meat-free Monday menu and sensitivity to special dietary needs and May Chow with her empowering message for entrepreneurial chefs and ever-expanding restaurant empire. We also got quite a few votes that listed 'myself' for favourite food hero – we can only imagine what they've done to impress themselves quite so thoroughly this year – but by far the most depressing answer was the cynical discourse, 'This year: no one.'

So on that note: vote! The F&B peeps putting in the daily sweat to make your mouth water deserve to be rewarded!